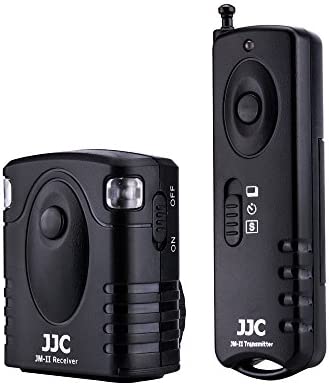 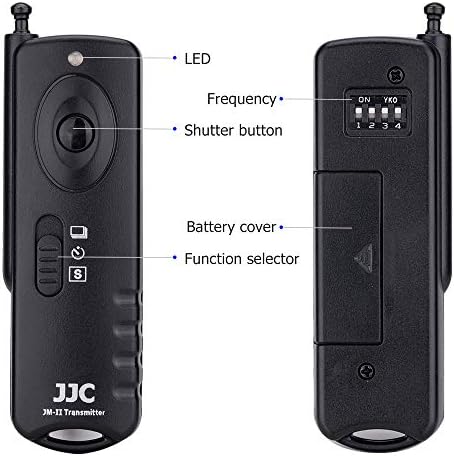 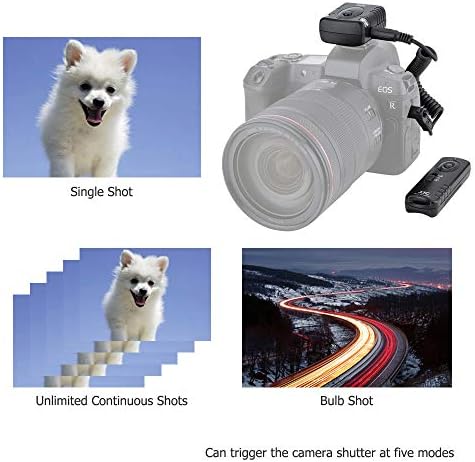 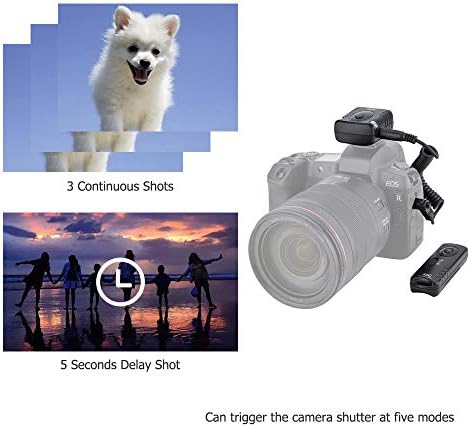 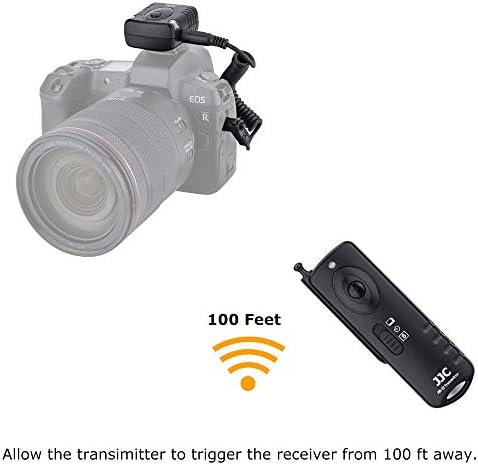 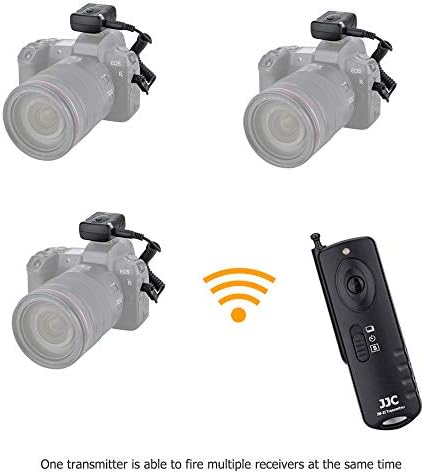 This Wireless Remote is designed for cameras that has a remote shutter socket. The system works at a 433MHZ frequency and has 16 available channels. In addition, this wireless remote system adopts a technology to allow the transmitter trigger the receiver without direct line of sight up to 30 meters / 100 ft. The transmitter can trigger the camera shutter at five modes: single shot, 5 seconds delay shot, 3 continuous shots, unlimited continuous shots and bulb shot/bulb lock.

Important – How to use:

1. Install the CR-2 battery to the receiver and 23A battery to the transmitter. (Make sure to remove the plastic protective paper on the battery before installation)

2. Set the receiver and transmitter to the same channel (Normally the channel is already matched when you receive the package, so actually you don’t need to set it, but if you ever reset the channel, make sure they are the same)

Attention Please: This remote does not work when camera is in movie mode, so it cannot control video start and stop!

JOILCAN 81″ Camera Tripod,Professional Tripod Monopod with 360 Degree Ball Head and Carrying Case for Travel and Work Load up to 35Ibs

Added to wishlistRemoved from wishlist 0
Add to compare
$49.00